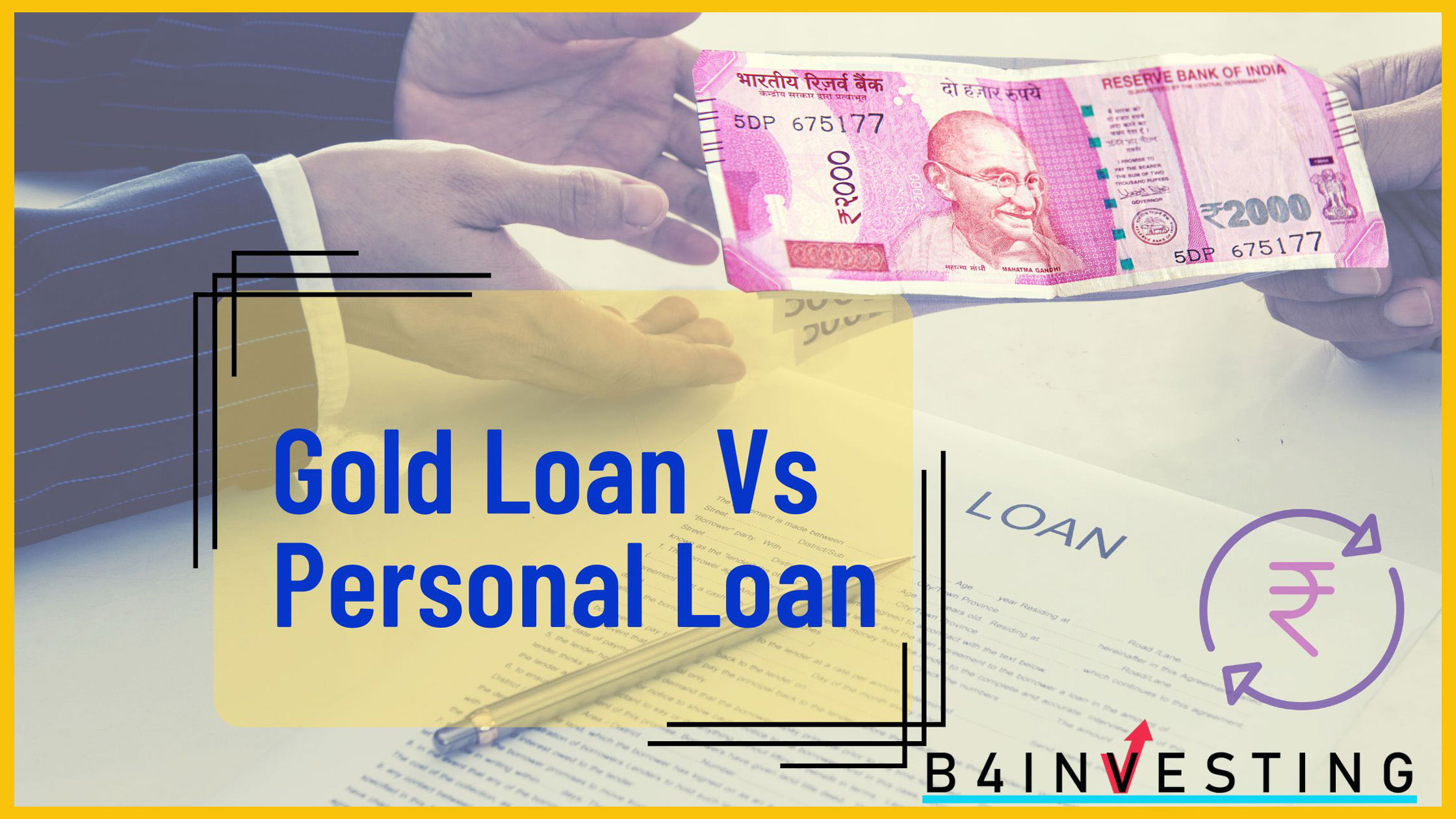 Gold Loan vs Personal Loan: Benefits and what to opt for

What is a Loan– Read on to understand more

By definition, A loan is a financial arrangement made by two or more parties(individuals and/or business bodies) under which a lender allows another party (either an individual or an entity) the use of funds in exchange for an interest pay out for a month/year/several years and there is expected return of the principal borrowed funds at the end of the lending arrangement.

Let us dissect why are Loans so popular: from Indian Perspective

Not everyone has money in hand to fulfil all wishes. Loans provide liquidity to business entities and individuals and are a necessary part of the financial system. Generally people take loan for child‘s marriage, to buy a property, to grow business, for child’s education, etc.

Which is better: Gold loan or a Personal loan

Gold has made a special place in the socio-economic milieu of India. It is considered to be a valuable asset, it not only adorns a woman in form of jewellery but also in the form of a financial asset.

Also considered a hedge against inflation and an immediate source of cash, especially for the rural households in India. Gold is used as collateral to earn money for short-term needs. Due to an emotional attachment to the gold that households have, most of the households do not sell gold ornaments; instead, they pawn them for urgent situations. In India, gold is associated with many socio-religious customs and therefore households attach an emotional value to it. In order to meet short-term financial needs, people pledge their gold ornaments as collateral. This has shown a rising trend post-pandemic in India, as most people have either been fired from their jobs or shut down their small businesses due to lack of demand.

The increasing gap between income and expenditure plays a major role in obtaining Personal loans. Additionally, the size of personal loans is much smaller and easy to access which is further fueling the market. And the revolutionary movement of digitization has resulted in lower costs, which is set to positively influence the market in the coming decades.

Based on a study conducted in 2017, the market can be segmented into Banks and Non-banking financial companies (NBFC). Banks are expected to take over the market during the coming years since the penetration of banks is far higher than any other credit union in the nation. Also, to be noted that the Indian population is usually opting for personal loans when it’s either their own marriage or some close relative’s to be able to fund the wedding and its corresponding expenditures. Further, if a pre-existing customer wishes to obtain a personal loan in their bank, they get some additional benefits and leverages of being an existing customer.

What does RBI say:

As per The Reserve Bank of India (RBI) study in 2017 on Indian Household Debt, it is seen that about 18% of debt in Kerala is in the form of gold loans, which constitutes the highest amongst all the other Indian states.

In conclusion, the gold loan market has much growth potential- with increasing customers, from those who earn their livelihood from doing corporate jobs to people who do small businesses and also with an emerging and robust online market, the demands are ever high. Not only it is a viable option for common middle-class to upper-class citizens but also is quite helpful in emergency situations.