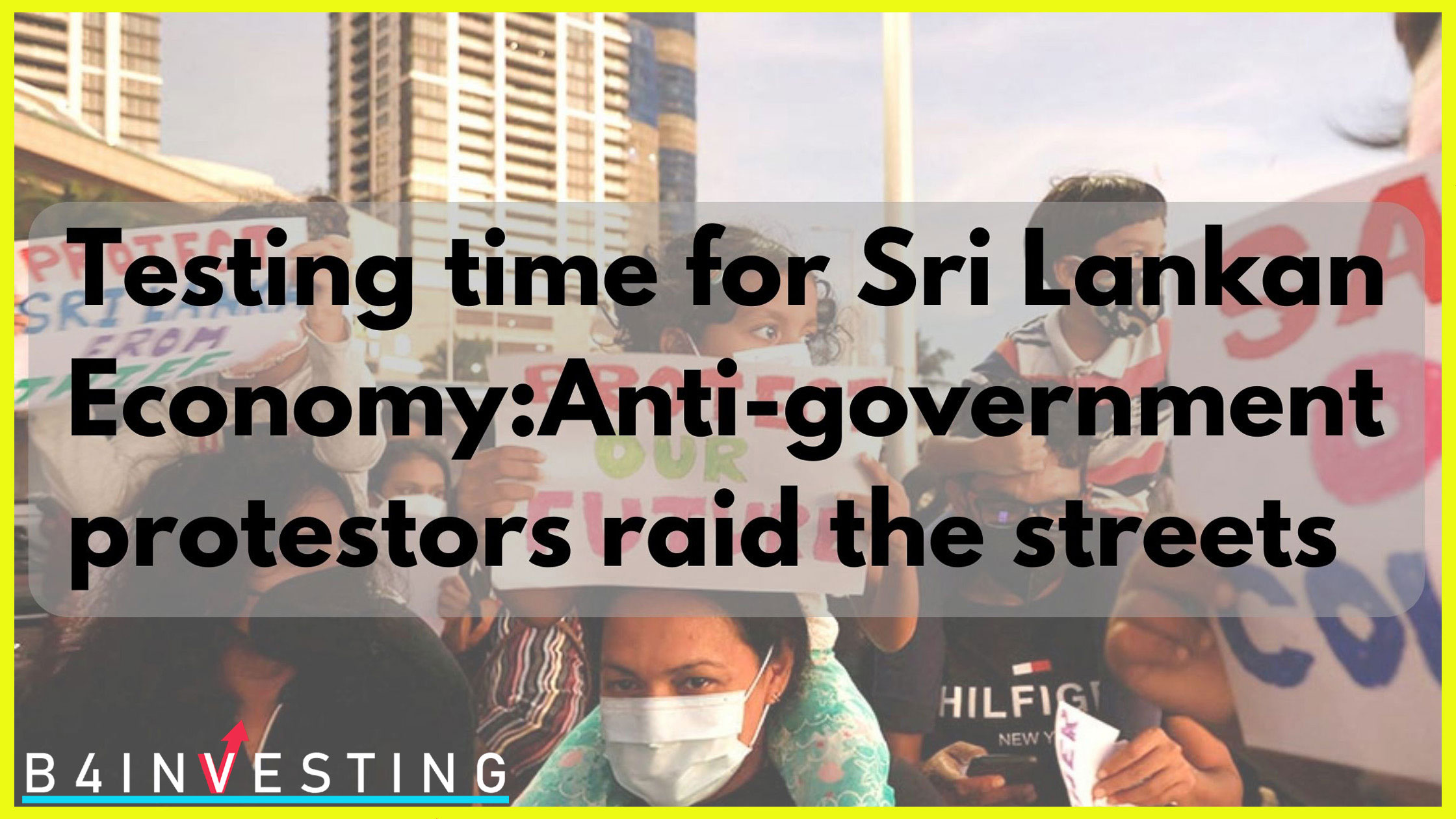 Sri Lanka is facing its worst economic crisis since its independence. Successive governments have mismanaged and this resulted in an inflation of 21.5%. Sri Lanka had to import staples such as Rice to curb the hunger of its citizens. More than 1/4th of the population is now said to be poverty-stricken and are struggling amidst the shortage of food, fuel, medicines and such basic commodities. Lets analyse the root cause of the problems;

When Covid-19 pandemic outbreak spread across the globe, the first case in Sri Lanka was reported on 27th January, 2020.

Demonstrating the systematic nature of risk, the pandemic soon transformed from being a health threat to a social and economic threat. It lead to a number of adverse effects on socio-economic aspects in the country. In 2019, Sri Lanka’s GDP (Gross Domestic Product) was predicted to rise by 4.5- 5%, due to being hit by the pandemic Covid 19 in 2020 the rise was predicted to rise at a rate of only 2.2%. Major reason being the lockdown imposed by the government amongst pandemic which affected sectors such as;

Owing to the worldwide ban of travelling, the tourist arrival in April, May, June 2020 were NIL.

Further, A study conducted among 2764 private sector establishments revealed that 1465 establishments were forced to close down fully affecting the PMI (The Purchasing Manager’s Index) of the manufacturing sector.

“The economic crisis may take more lives than Covid-19 pandemic did.”

-Statement of Doctors during a media interview 2022, April. Columbo

Also read: What is Inflation : Everything about Inflation

The Shortage of food, fuel and medicine

Sri Lanka imports more than it exports causing it to undergo trade deficits and budget deficit. This became a recipe for the disaster faced by Sri Lanka today. It is under food  shortage and speculated that about 5 Lac Sri Lankans are poverty-stricken in the last few months. No fuel, no medicines. In an interview, doctors gave a shocking statement that the economical crisis may take more lives than Covid-19 pandemic did. Inside hospitals, the situation is gruesome; many surgeries have halted due to lack of medicines and the riots happening is yet another reason for not performing surgeries.

The Protest by the enraged citizens of Sri Lanka

For more than a month now, citizens across the country have been taking to the streets, protesting the government’s failed response to the economic crisis.  The agitation intensified over the last 10 days, with thousands gathering near Colombo’s seafront every day, raising anti-government slogans outside the Presidential Secretariat.

Amid the protests that are happening , the Sri Lankan President Proposes restoring the 19th Amendment that empowers the PM and Parliament which has again ensured condemnation from the angry protesters.

Protesters have called for the resignation of the government, which is preparing to negotiate an urgently needed bailout with the International Monetary Fund(IMF). Sources confirm that the Police fired at a crowd that had blockaded a railway line and highway connecting Colombo with the central city of Kandy to protest oil shortages and inflated prices. “One man died of gunshot injuries,” a hospital official spoke with the media . Another 16 protesters were wounded while 8 officers were injured when protesters threw back tear gas cans they had fired at the crowd. (Source – The Mint news)

His proposal signals a potential shift in the power centre within the ruling camp, with Mahinda attempting to regain control by overturning the 20th Amendment.

The 2020 legislation passed by the Gotabaya administration reduced the Prime Minister’s role to a ceremonial one, while granting sweeping powers and heightened immunity to the President’s office.

Shashi Dhanatunga, an economist said that the loans borrowed from China triggered the misery in Sri Lanka.

Sri Lankan govt has received opposition and condemnation for its inefficiency in handling the economic crisis, hundreds of protesters were seen storming the residence of Sri Lankan president, Gotabaya Rajapaksa. Activists are calling for more protests and the military has been on standby to detain more protesters.

India and Sri Lanka have resumed talks on linking their electricity grids, officials released a statement as Per Mint news, a step that could aid New Delhi’s goal of reducing China’s influence on the island nation, now deteriorated due to a severe economic crisis. There was no immediate prospect that power cuts brought by the crisis could be eased by the talks, which are a preliminary effort on a multi-year project both parties have explored before.